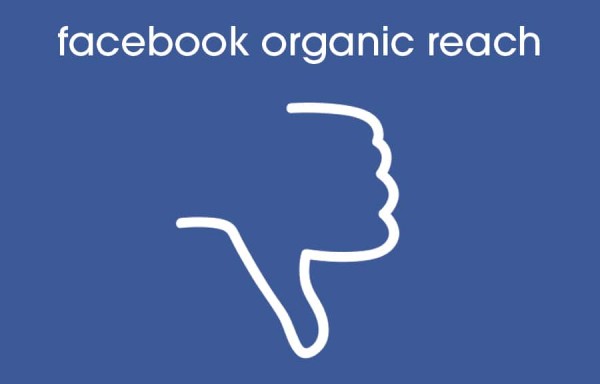 Are you using Facebook in your real estate marketing? I’d bet 99% of you are.

Been disappointed with the results so far? Again, 99% of you would say, “Yes!”

What’s going on? Why isn’t it working?

Have you ever noticed that when you post status updates on Facebook, not all of your friends and fans see your post? The problem with posting on Facebook is that probably only 3% of your friends see your news story in their feeds. So, if you have 1000 friends, 30 of them will receive your update in their news feed. That’s pretty crappy, right?

Don’t worry – I have learned of a strategy that PROBABLY will work. It’s a top secret tactic, but you’ll have to test yourself and gauge the results.

The good news is that it will only cost you a few dollars. No, don’t worry, you don’t send the money to me. 🙂

We’re going to use Facebook advertising in a completely different way.

I wish I could take credit for this idea but I can’t. I was at a conference last summer and spoke to a woman who has a fan page (she’s a blogger) with over 800k likes. She spent the first fifteen minutes showing the data of how virtually none of her fans see her posts. To say she was frustrated would be an understatement.

She wondered if placing ads with Facebook might change that visibility. She called the ad team at Facebook. She spoke to a salesperson that wanted her to spend lots of money advertising her fan page and blog on Facebook. Until that moment she had never spent even a dollar on the site. She built up the 800k fans on her own.

She listened to the sales pitch and the rep on the phone “accidentally” suggested that by spending money on Facebook she might notice an increase in the number of her page fans that would see her non-paid posts in their newsfeed.

Let me say that again. By spending money with Facebook, it was hinted that her regular posts would find their way to more of her 800k fans.

Let’s examine why that might be the case. How does Facebook make money from brands and businesses? Advertising! By putting money in their pocket they have a vested interest to have you keep spending. One of the benefits might be an increase in visibility TOTALLY UNRELATED TO THE ACTUAL AD.

In other words, they want to reward advertisers. Makes sense, right?

Before you start thinking, “Great, now I have to spend a ton of money with Facebook!” – don’t worry. You don’t.

The speaker went on to give her strategy. It’s simple, easy, and affordable.

I’m not going to walk you through how to set up a Facebook Ad account. Here’s a great guide that will tell you everything you need to know.

When setting up the ad, you’re going to choose a marketplace ad for “page likes.” Build the ad, write the copy, choose your audience, add an image, etc. This will take you 10 minutes, tops. Set your daily limit at the lowest amount allowed. I think it’s $1 per day. I recommend setting your bid price to “manual” at $.10 or so. Don’t let Facebook set it automatically.

The speaker with the 800k likes suggested that by doing this simple tactic (putting up to $1 in Facebook’s pocket every day) it doubled her organic reach of her regular posts. PLUS, it gave her a regular ad that showed up on Facebook. It’s like two for one!

I had to try this out for myself. I’m our recruiter at Kale, and always looking for new brokers. Even though we have over 1000 fans on our Kale Realty page, we rarely get any leads. We post articles daily, but it never seemed to translate into new brokers. I suspected hardly anyone saw them. I created a Facebook Ad account, and set it to $1 a day.

Within a few days I noticed that more and more people seemed to be “seeing” our posts. On your page it will show the reach of each post. Now, maybe it’s just coincidence. I’m sure Facebook would never admit to this, and I can’t find any other articles written that back up this strategy. But it does seem to work.

The best part is that if it doesn’t work for you, simply turn it off. Try it for a week. $7 is your risk.

I have seen results, so I leave it on 24-7 now. For the year it might cost me $365. But it will actually be much less than that since my actual daily spend is only like $.38.

Set up a Facebook Ad with a very low daily spend. Make sure it’s for “page likes” and not website clicks. Keep posting your regular updates and start tracking the reach of each post. If it’s going up, great!

Best of luck – we’ll have more Facebook tricks and tactics coming your way in the near future!

Kale Realty offers 100% commissions on all sales to brokers (minus a $325 fee). We’d be thrilled to add you to the team! You can schedule a call or meeting with D.J. by clicking here.